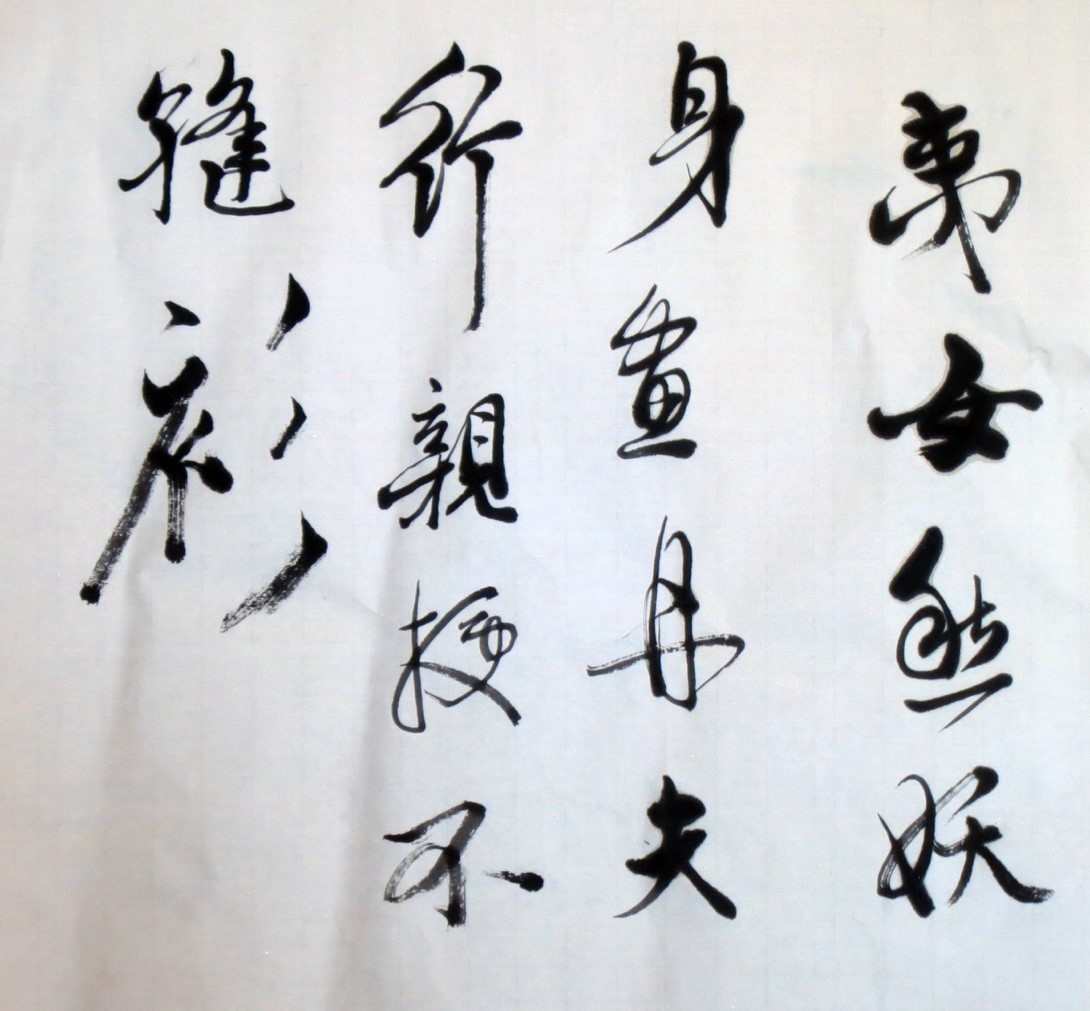 My friend Sun Shi Lun gave me a book of poems by the late Ming painter Xu Wei徐渭.  I have always been a fan of his paintings, beautiful ink lotus leaves, a melody in shades of grey and black. But I knew little about him until I started to read through this book and learned that he was a talented poet who never passed the extremely difficult civil service test, the JinShi 進士, and so was unable to realize his greatest desire: to be a high government official and serve his country, doing great deeds and saving the country from the fall of the dynasty and the hordes of Manchurians, swarming down from the north and taking over his beloved Chinese land. Instead he made his way to the coast and fought Japanese pirates, the Wako, who had been riding the coasts of China for countless generations.  I have translated it roughly as: